I thought I should take a break from the subject of raising hell and write about something that is more important than any blog, book or idea to a writer: the perfect beta reader. Every writer needs beta readers to review their work, discover the holes in their plots 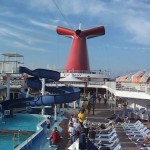 and give back unbridled criticism about what works and what doesn’t. If you can find someone who reads everything you give them and provides wonderful feedback, then you’re doing pretty well. If he happens to be one of your best friends, then you’ve hit pay dirt!

I was on a cruise ship many years ago with three of my best friends reliving our childhood and raising all kinds of hell. One of those friends is a very talented architect in a major metropolis here in the U.S. He’s also blind. Now, mind you, he didn’t start out being blind but has a slow degenerative disease that has cruelly taken away his eyesight over the years. When we were in school, we thought it was funny when he ran into close lines while running away from a house that we’d just plastered with rotten tomatoes. Even when he followed the white lines on the highway off onto a dirt road doing sixty miles an hour, we laughed until we peed our pants. Little did we know that there was a reason for all of this. The disease slowly progressed over the years until he couldn’t work any longer. I can only imagine what that did to him mentally. Instead of preparing for the next career advancement or promotion, he was being told that the one thing he truly loved doing more than anything was gone, forever.

I know a little bit about disabilities because I grew up in a household with a deaf mother. I saw how frustrating it was for her as she tried to read our lips and understand what we were saying. You see, in those days, learning sign language was taboo for some reason and even though we’d picked up different signs over the years, we never did quite master the skill. I also saw how it affected my mother mentally, as socializing was always a chore for everyone involved. Good friends were hard to keep, especially when they were hearing people. I remember someone in the crowd telling a joke and then everyone laughing while my mother waited patiently for an explanation later. It was hard work maintaining a conversation with her and I’m sure it sometimes overwhelmed everyone involved. My blind friend, let’s call him “J.C.”, now had to go through this period of readjustment where the way he walked, talked, sat down, drank, you name it, had to be modified. I’m sure it was just as overwhelming.

That night on the balcony of the ship changed everything for me—and him. He was cooped up in the room because he was tired of walking into walls and bumping his knees into chairs while hanging out with the rest of us on deck. Who could blame him? For decades, he’d managed to get by fooling everyone about how bad his sight was. Now, he was only fooling himself. So, he popped open a bottle of wine and took refuge on the balcony watching, or to be exact, listening to the ship sail into the Gulf of Mexico. 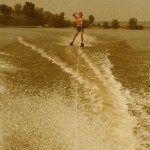 I came back to the room because I’d forgotten something. What it was, I don’t remember. Maybe it was just some peace and quiet as I have a low tolerance for being in crowds for too long. I don’t know what he was contemplating out there on that balcony overlooking the ocean. Maybe he thought about jumping. I know I would have in his situation. Maybe he was just trying to figure out what to do with the rest of his life. I went out to join him on the railing and we started talking. We talked about life, the hand we’d been dealt, family, school, work, all of those things you bring up to best friends you’ve known your whole life. He revealed some of his innermost thoughts and emotions, which guys don’t normally do, and I reciprocated.

I soon found myself telling him about my writing. I hadn’t told anybody, at the time, what I was up to mainly because I wasn’t very confident about it and probably a bit embarrassed. J.C.’s eyes lit up. He wanted to know more. He wanted me to send him everything I’d written. He told me about some of the books he’d read and what stories had changed his life. Over the next few years, I sent him my disjointed manuscripts and he hooked them up to his text reader listening to every word I’d written. I didn’t realize at the time, but listening to what was written instead of reading it, provided such a unique perspective on the narration that it soon became invaluable. Over the years, he became my self-appointed editor and agent. He researched topics that I’d touched upon in my writing and pointed me in directions I would have never gone otherwise. He told me when what I’d written stunk and when I was onto something good. He took my mediocre ideas and molded them into wildly fascinating concepts. In the end, he made me a better writer. And, like ships passing in the night, over the years we unknowingly healed each other. 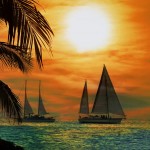 It’s with humble appreciation and the utmost respect that I thank him officially here on this blog for making me the writer I am today. Thank you, J.C…but don’t expect a royalty check anytime soon.

2 Responses to Best Beta Buddy Ever