I must admit that I’m not a very religious man, but I am spiritual. It’s not because I’m an avid drinker of spirits either, although divine intervention has definitely steered me away from death by intoxication on many occasions. No, it’s more due to the fact that I d 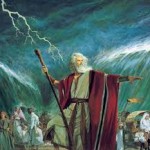 o believe we transcend to another world after death. Now you might think that hell raising and religion are on opposite ends of the spectrum, but, hopefully, by the end of my online rant, I will have changed your mind.

Raising hell and religion have walked hand in hand since the time of Moses. Just think about it, he rebelled against the king of Egypt, caused every plague and natural disaster you could think of to occur, and then led his people into the desert. These are all prime examples of raising hell. 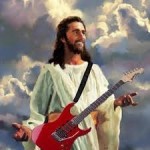 o a rebel rouser in his day. Giving the proverbial “up yours” to the Romans and Jews, he not only inspired the creation of his own separate religion, he did it with a magical flare that had never been seen before. Anyone who can turn water into wine and make a few fish feed hundreds of followers knows how to get people’s attention. And isn’t that one of the traits of a true hell raiser? (For reference, see My Dirty Dozen Tips blog on this website)

Even Mahatma Gandhi and Martin Luther King could be considered hell raisers extraordinaire for their times. Their tactics were not what we’d call “in your face” confrontational, but they did implement new ways of self-control and peaceful demonstration never seen before in modern times. And boy, did it ever work. 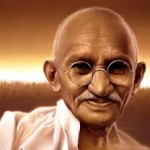 Now my relationship with religion goes back to childhood days when my family lived across the street from the pastor of our church. The reverend had two strapping young boys, one who was just a year older than me. It didn’t take long after they moved to town before we became best friends.

The boy, let’s just call him, Peter, after one of my favorite Apostles, was everything I wasn’t. He had curly hair, big blue eyes, bravado, and a penchant for partaking in the deadly sins that his father preached against every Sunday. 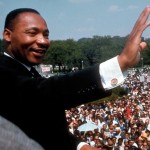 We’d meet out back of the church after services on Wednesday nights to smoke cigarettes and hook up with chicks. Mind you, we were maybe eight and nine years old at the time, but that didn’t stop us. Not only was he the first person to offer me a drink of liquor and a cigarette, he was also the first person I’d seen steal a candy bar from a store and kiss a girl in front of others.

His revolutionary interpretation of the gospel not only made hanging out and raising Cain together fun, it made it educational. It was also the reason why our friendship was short lived. You see, I had a girlfriend at the time. We’d been hanging out in her playhouse for years emulating the roles of husband and wife, holding hands and bossing around our younger brothers and sisters. The farthest I’d ever gotten with her was the occasional peck on the cheek and, to me, that was heaven. 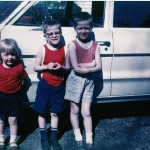 One day, I made the mistake of mentioning to Peter that my girlfriend and I had never really kissed before. Within two hours, he’d moved in on her and was swapping spit behind the bushes in my back yard. In my own back yard of all places! Not only had he taken that glorious moment away from me forever, he’d soured my notion of religion from then on. Well, okay, there were a few other things over the years that helped develop my beliefs, but that’s another story for another time.

Even though I say I’m not a very religious man, that doesn’t mean I don’t pray every day, because I do. I pray, that if I die before my time, my spirit will haunt that double-crossing turd of a friend, Peter, for the rest of his life. 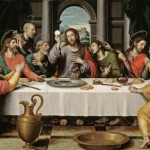 3 Responses to RELIGION AND RAISING HELL