One of the best memories from my college days was Reverend Jed Smock, or Brother Jed, as he was known to those who interacted with him. I even used him as inspiration for one of my characters in The Art of Raising Hell.

Here’s an excerpt from the News Gazette:

And if entertainment executive/author TOM LOPINSKI (left) hadn’t crossed paths with one JED SMOCK (right) during his years at the UI (off and on, 1976-81), his most recent novel would have one less colorful character.

For the Georgetown-born Lopinski, now director of music licensing for the Disney/ABC Television Group, the most memorable campus personality wasn’t a coach or a professor but rather a preacher — though not the traditional presiding-over-Sunday-services variety.

“Reverend Jed entertained students every spring and fall with his fiery sermons and a relentless desire to save us all from ourselves,” Lopinski says. “I spent many an afternoon sitting on the campus grass watching a crowd form around him as he spun tales about spiritual enlightenment and captured our hearts. He ignored the subtle slurs, constant giggling behind his back and in-your-face direct rebukes that followed him everywhere… READ MORE  http://www.news-gazette.com/news/local/2017-06-27/part-35-answering-phones-ubben-keeping-kam-safe-run-ins-reverend-jed.html 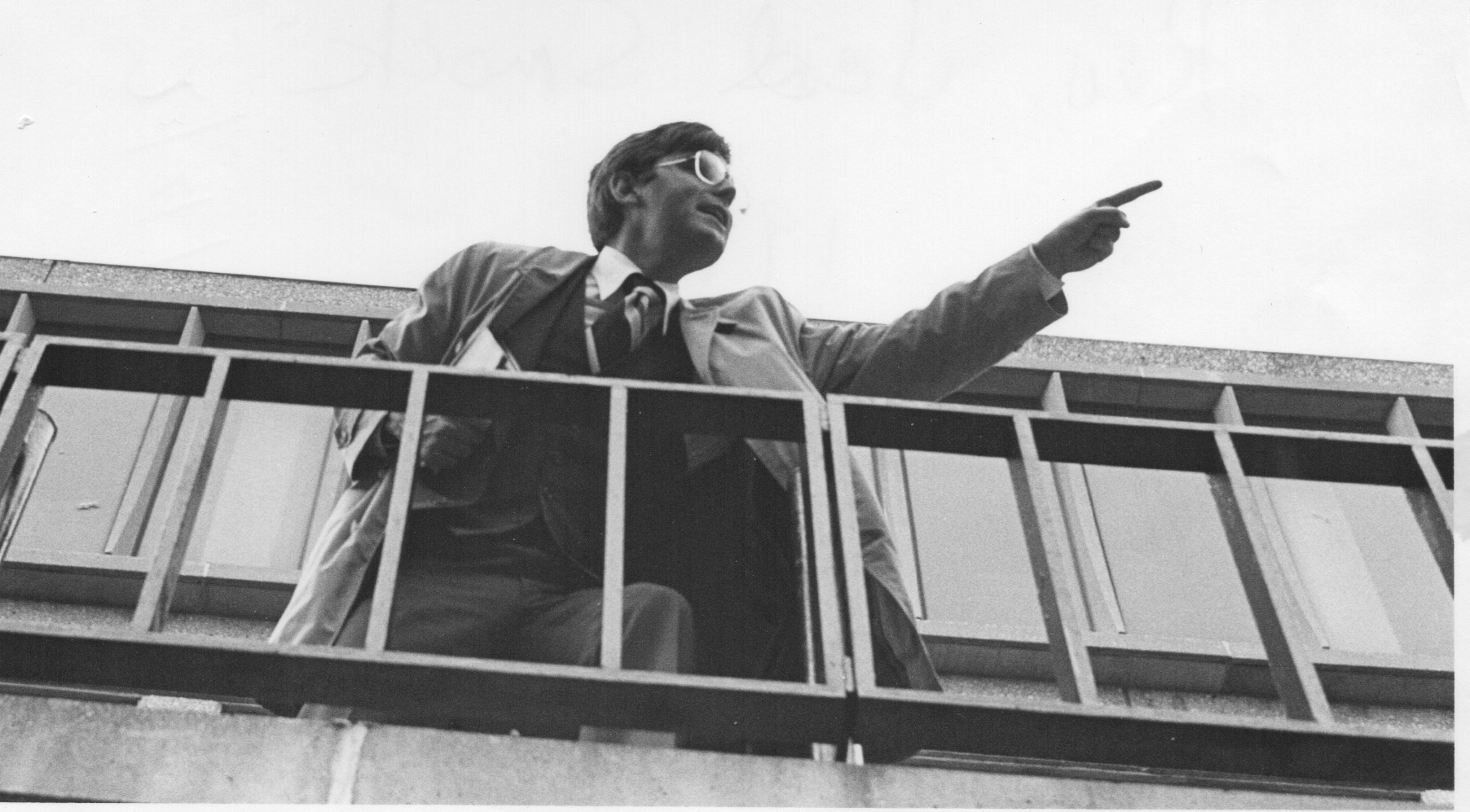 (0)
This entry was posted in Blog, What I'm Saying and tagged brother jed, campus humor, preacher, u of i, university of illinois. Bookmark the permalink.