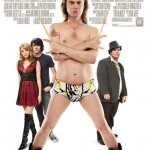 The other night, I watched the movie “The Rocker” starring Rainn Wilson for the very first time. I don’t know how this film escaped my radar screen all of these years, but somehow it did. I must say that it almost equaled, and dare I say these words without worrying about being struck down by lightning, the level of the best rock n’ roll movie of all time, “Spinal Tap”…but not quite.

“The Rocker” accomplished something that sets it apart from any other movie in that it defined what it means to be a hell raising rock n’ roll drummer. From Keith Moon to John 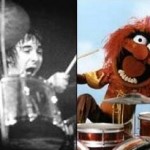 Bonham to Animal from The Muppets, drummers have been the driving force behind any trashed out hotel room or 911 call over the past few decades. And if your band doesn’t have one who is fearless and half crazy, then you’re probably playing in the lounge at the Holiday Inn instead of on stage at Coachella.

I don’t know exactly what it is that transforms a normal human being into a Franken-drummer when a pair of drumsticks are placed in their hands. Maybe it’s the animalistic urges exuding through their pores as they beat the living daylights out of a set of cowhides. Maybe it’s being elevated on a riser above the rest of the band that gives them the courage to pick fights with people twice their size. All I know is that when it happens, it’s golden.

I knew a few “Animals” in my band days. Not only were they usually brilliant when i 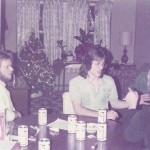 t came to knowing when to spontaneously go into another verse instead of finishing a song the normal way, they were also horribly inept at knowing when to end a drum solo. They took the “anger” out of “dangerous” and created an art form that has become synonymous with the words “Hell Raiser.” Between bumming cigarettes, disappearing in between sets, and not paying their bar bill, drummers are only predictable in the sense that you can’t predict what they’ll do next. 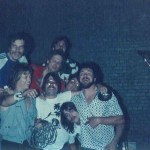 in his hand instead of shooting them into the air. I remember him showing up an hour late to a gig drunk on his ass and not missing a beat the whole night. I remember watching drumsticks fly out of his hand passed the singer’s head onto the middle of the dance floor only to slip under some unsuspecting dancer and knock them off their feet. And I remember cymbals being hit so hard that they came crashing down off the riser like a guillotine looking for a watermelon. Most of all, I remember having way more fun than what should’ve been legally aloud.

Thank you “The Rocker” for bringing back those hell raising memories. In the immortal words of Pete Townsend, “Long Live Rock!”