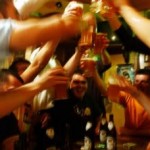 It’s believed that in ancient times, people toasted as a form of protection from being poisoned. They would clank their glasses together, purposely spilling one drink into the other to insure that each person was drinking from the same “well.” Over the years, it’s become a symbol for spreading goodwill or honoring a person at weddings, events and dinners. In college, it became a way of life and anyone wishing to partake in that life eventually had to make a toast.

Thus, the phrase “To you mother” came into being. Even though this saying is a big part of my novel “The Art of Raising Hell,” I can’t take credit for coming up with it. No, that goes to a fellow living on my dorm floor by the name of Sully. He was a gentle bear of a man with a deep baritone voice and more hair on his back than a Bactrian camel. We spent many a night drinking liquor, playing foosball and toasting our mothers. If you don’t know what foosball is, well, then you really need to get out more.

Sully would fill up his glass, raise it in the air then flash that Mount Rushmore size grin while saying, “To your mother.” The man was a liquor-drinking machine and could put any of us under the table. Did I mention that he was Irish? 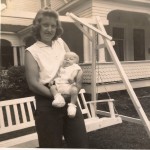 Why the saying has stuck with me, all of these years, is hard to say. I mean I’m the first person who’d want to pay homage to my mother because she was one hell of a woman. I think most of us can say that about our mothers. Yet, there is more to this phrase than just a simple acknowledgement that your total existence on this planet is due to the labor pains of one wonderful person.

To me, it stands for much more. Not only does it guilt you into gulping down another drink because no one in their right mind wants to insult their own mother; it also makes you pause and reflect on the moment. It’s like a sigh of relief or a breath of fresh air emboldening you to declare, “Yes, I am glad to be alive and glad that you’re here with me.” 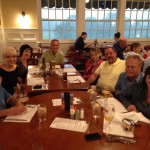 Most of all, it’s your way of letting people know that everything is right with the world, at least for the moment, and what more can you ask for than that…except for maybe another drink? 🙂

One Response to To Your Mother